Perusahaan Tukang Kayu A.Hamid Sdn Bhd is an industrial company for furniture. The founder of the company was Allahyarham Tuan Haji Abdul Hamid Bin Ahmad in the year of 1952. It is one the earliest furniture industry in Johor totally owned by Bumiputra. We produce aspects of categories in our productions that are basically made out of local woods (Meranti) like home furniture, offices, and schools and even mimbar for masjid and surau.

Your Satisfaction is Guaranteed

We’ve Been Doing Wood Work Since 1960

Tuan Haji Abdul Hamid bin Ahmad was born in 1932 in Parit Hj Mohammad Bagan, Rengit a small town located within the district of Batu Pahat in the state of Johor. He has indulged himself in the art of carpentry since his early school days or more precisely, since he was at the tender age of eight.

His talents in carpentry were initially devoted into helping his late grandfather Allahyarham Hj Taib make doors, wooden planks for stairs, as well as repairation of houses.Tuan Haji Abdul Hamid received his first education in Sekolah Merlong Rengit in 1941. However, his education lasted for only two years until he was at the age of eleven in 1943, during which began the brutal Japanese occupation of Malaysia (then known as ‘Tanah Melayu’).

Throughout and following the Japanese occupation of Tanah Melayu, Tuan Haji Abdul Hamid seek solace and found peace in his love and passion for carpentry. This passion and enthusiasm for carpentry has greatly assisted him in going through the hardships of life during and post-Japanese occupation. Building houses was one of the things that Tuan Haji Abdul Hamid specialized in before he started designing and creating furniture. His skill in the construction of houses was in very popular demand at that time, that often, he would receive new orders from customers while another customer’s house was still under construction and far from its completion. It was while he was deep in the business of house construction that Tuan Haji Abdul Hamid began to expand his interest in carpentry and venture into the creation of home furniture such as dining tables, armoires, beds, and sofas.

As his interest in creating furniture intensified and proliferated over the years, Tuan Haji Abdul Hamid established a furniture business known today as Perusahaan Tukang Kayu A. Hamid Sdn Bhd. It was the first Malay furniture to be established in the town of Batu Pahat, and possibly one of the earliest Malay furniture business that sprang up in the state of Johor. Responses from customers were very invigorating, the number of orders for furniture made by customers tend to be so overwhelming, that Tuan Haji Abdul Hamid often had to work late into the night, racing against time in order to reach customer’s deadlines. At this time, his workshop was located in Belahan Tampok, which is about eight kilometers from the main road of Rengit Pontian.

His profound interest in carpentry was largely encouraged by his family members, relatives, as well as the neighbors and the locals, from whom he received a great amount of respect for his works, and it was also boosted by the considerable amount of income earned from his furniture. External influences from those close to him may have also proliferated his interest in carpentry; his cousin, Allahyarham Hj Ihsan, as well as his neighbor, Allahyarham Hj Suphie, were also said to be exceptional in constructing houses and making furniture. In 1952, Tuan Haji Abdul Hamid moved his workshop from Belahan Tampok to the small town of Rengit, where he had rented a piece of land on which he constructed his new furniture workshop. Business in Rengit boomed even harder than when he was in Belahan Tampok; he found himself working increasingly harder in order to meet the demands of customers in Rengit.

In his early involvement in the furniture business, due to the lack of equipment suppliers, Tuan Haji Abdul Hamid was also compelled to take frequent trips to Singapore by hitchhiking a truck owned by a Chinese tauke that transported bananas.

Tuan Haji Abdul Hamid had also seek advice and counsel from RIDA (MARA) while he was still new in the furniture business. The MARA Officer at that time, Mr. Syed Rahman, and a European engineer of RIDA has paid a visit to his furniture workshop in Rengit. Following this visit, RIDA later sent Tuan Haji Abdul Hamid for a two-week course on carpentry in Deithelm (a renowned furniture factory in Singapore). RIDA also approved his loan of RM 1,200, which was contributed towards the purchase of machines appropriate for producing furniture. The machines purchased were planer (mesin ketam), saw and drill. These machines had to be bought in Singapore, as they were unavailable anywhere near Rengit at that time. Tuan Haji Abdul Hamid also attended several courses and seminars on carpentry organized by RIDA in Kuala Lumpur. Even though his customer base in Rengit was strong, steady and still expanding, due to the total absence of electricity and his determined will to take his business to a more commendable level and transform it into an empire, in the year 1970, Tuan Haji Abdul Hamid decided to move his business as well as his family to the town of Batu Pahat where there was a bigger possibility of achieving his ambitious goals for his business. The land on which he built his furniture factory which still stands to this day, in the very same location as when it was first built, was rented at the price of RM 70 per month. After ten years of renting this land, however, the landlord eventually agreed to sell this land off to Tuan Haji Abdul Hamid.

Tuan Haji Abdul Hamid had been active in attracting Malay youth to indulge themselves in the art of carpentry. As an employer, Tuan Haji Abdul Hamid did not only employ for the sake of keeping the factory and therefore the business running, but also to teach and train his employees how to make furniture. He has introduced the concept of ‘simultaneous learning and working.’ Some of his trainers include Mr. Khamis of Khamis Perabot, Mr. Munajat of Syarikat Ikatan Muhibah, and Mr. Hassan of Perusahaan Tukang Kayu A. Hamid.

Currently, furniture produced by Perusahaan Tukang Kayu A. Hamid Sdn Bhd is marketed not only in the area around Lembah Kelang and in its birth state of Johor, but they are also available in cities as far as Brunei Darussalam.

Tuan Haji Abdul Hamid’s business was not restricted to the production and selling of furniture only. Tuan Haji Abdul Hamid has also bought several pieces of land on which he built houses for the purpose of selling it. He also produced water tanks with the measurement of 5′ x 4′. At the current moment, Tuan Haji Abdul Hamid is also aggressive into the palm oil plantation business. In addition to this, he is also focusing on land and property management; much of the land, shop lots, and houses in Johor and Klang Valley he owns are available for rent.

Allahyarham Tuan Haji Abdul Hamid was married to Allahyarhamah Hajah Zabeadah binti Rasiman, and blessed with eight children and 38 grandchildren, all of whom are proud of the endeavors that he has taken to establish himself as a determined and successful individual, and to carry his glorious lineage. On 19 July 2014, Allahyarham Tuan Haji Abdul Hamid died at The Southern Hospital, surrounded by his family and wаs buried аt Taman Banang Cemetery in Batu Pahat, Johor. 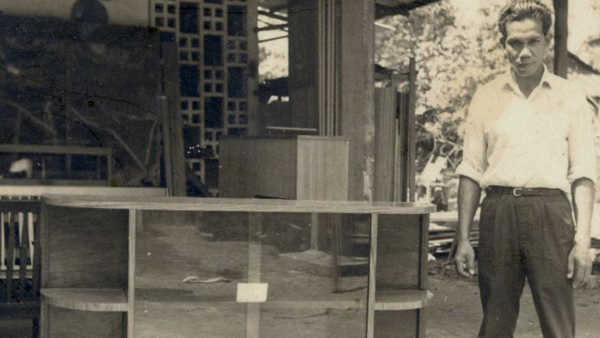 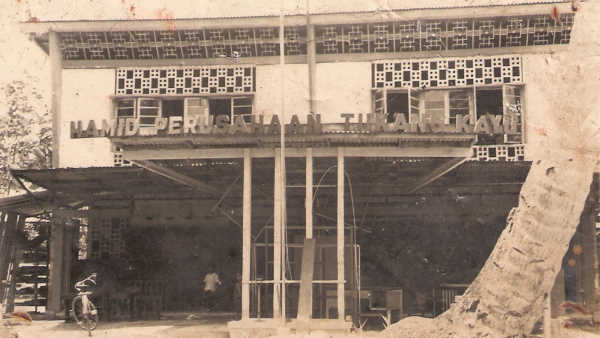 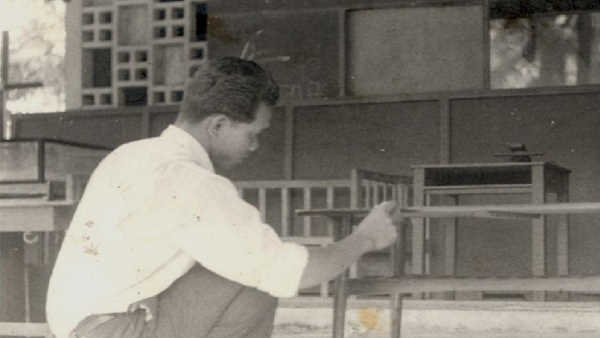 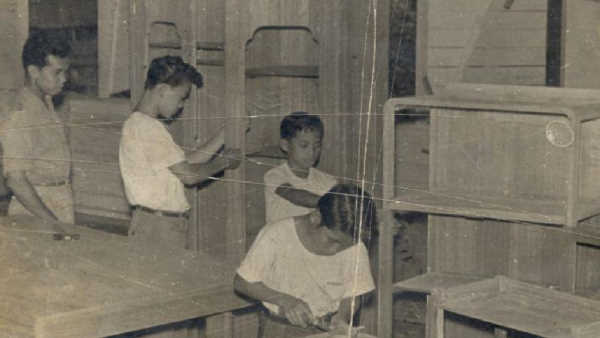 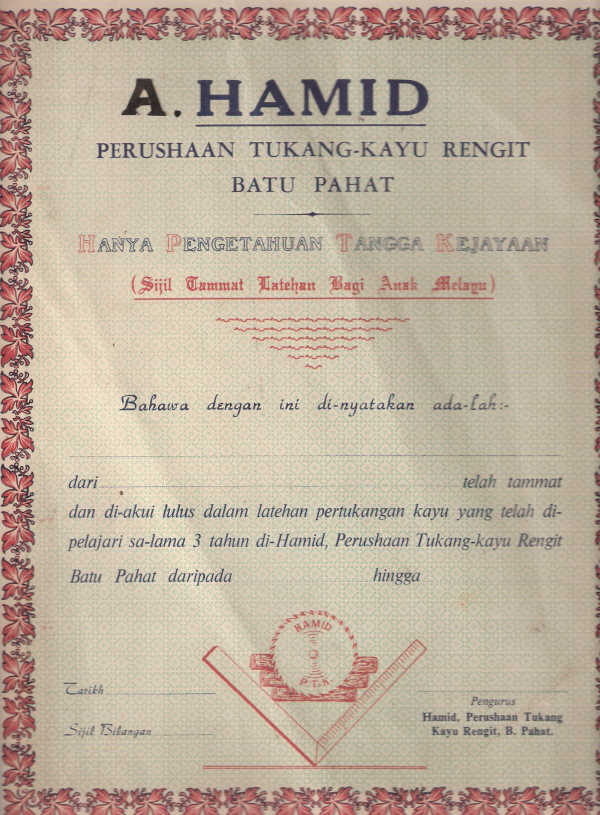 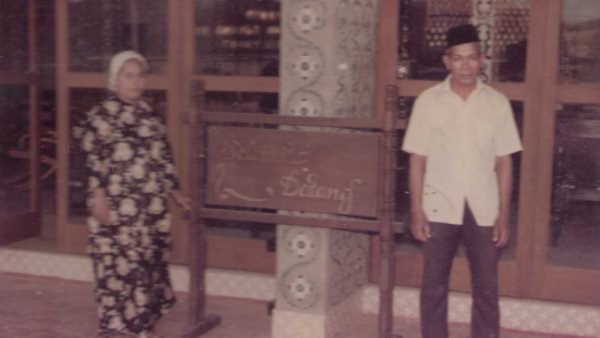